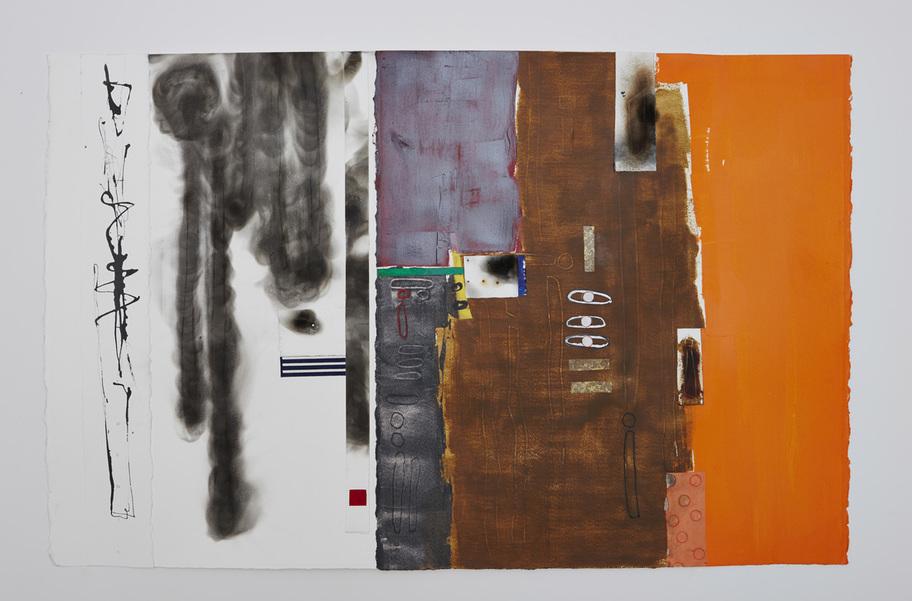 Artist Statement
I use a variety of media to create and construct urban rituals and relics that are related to the ceremonial aspects of art. Smoking, burning, line carving, metals and pigments in varied hues create symbolic images, which leave us at the edge of a doorway of possibilities. Fire is the element at the core of my work, and I consider myself a constructivist. My intent is to awaken the intuitive nature of an audience to access the mystery of all that exists beneath the surface of life. My work springs from the region of instinct and interior, and brings to the viewer an opportunity to experience a bridge between the superficial and the mystical.

Bio
Lawrence Terry's work is connected to the power of fire as part of nature, and the universal flow of energy surrounding us. Fire is linked through time to ancient tribal ceremonies,Terry’s major influences are few but significant. Isamu Noguchi's work with stone, light, gardens and public art all impacted Terry with its profound reverence for and connection to life, and Zen minimalism and the understanding of less as more, positive and
negative space, and the impact of a single object in stillness. Finally, he holds a spiritual cord to Aboriginal culture and this ancient lineage of art in his own process and commitment to being a steward of life, exploring the space of the Dreamtime and walking between worlds.Terry maintains a strong presence in the Brooklyn and Manhattan art scenes, with venues including Brooklyn Academy of Music, SONIYA, Kentler International; New York City’s Affordable Art Show. Terry co-curated two Brooklyn shows.
Terry splits his time between Laguna Beach, CA and Harlem.